The flights which were suspended from March will be resumed from August 17.  Airlines have started preparing for the safe operation of the flight after the government announced about lifting the suspension.

A committee including all the airlines’ company has been formed under the coordination of Devendra Lal Karna, spokesperson of Tribhuvan International Airport (TIA).

According to Karna, TIA is working to change the departure and arrival schedule of flights to prevent gathering and maintain social distance in the airport. “We have already started the work and the schedule will be ready before August 17,” said Karna.

The government has given one week time to the committee for research and report. According to Civil Aviation Authority of Nepal (CAAN), the flight schedule will be made on the basis of the report.

Earlier, a provision was made to suspend flights to the country where the rate of infection is high. Apart from that, there was a restriction on arrival visa. The decision on such restriction has not been clear yet.

According to Archana Khadka, spokesperson of NAC, the company is working to follow safety protocol to prevent the spread of coronavirus.

Currently, corona infection is rising worldwide. “Due to this, the flights’ schedule won’t be as in normal times. There will be a limitation,” says Khadka.

Public health experts say that the government has lifted lockdown without any preparation. At this situation when the infection is rising, operating flights may invite more risk, view experts. 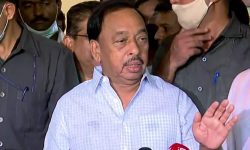