FNNTEA has shown concern on news published in different media about resuming public transport from Monday.

In a Facebook post, Saroj Sitaula, general secretary of FNNTEA wrote that the federation has formed a task force along with three transport labour associations. He wrote that as the discussion is going on, they are yet to decide on the date to resume public transport. 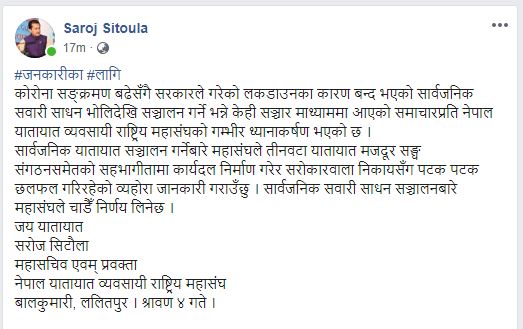 Both the Muslims and Hindus need to understand !